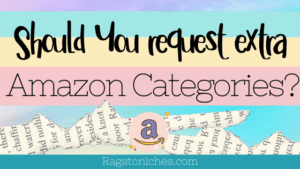 Before I start this, I will just say that I have not requested any categories since Amazon switched the conditions for and acknowledged low content books. But I imagine that since this, they have got stricter as far as putting low or no content into categories. This is basically an assumption on my part though […] 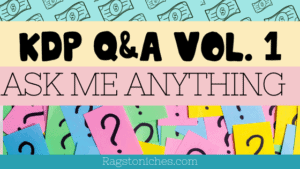 I did a video a while back on YouTube – which was a Q&A to ask me anything. But I didn’t do a write up of that, (you can find the video below)…. So, I thought it would be beneficial to do that for you now. Just here I will post the video and then […] 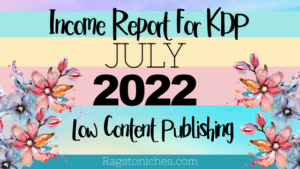 Were There Any Surprises In July? July was a surprise because July & August last year were my lowest months and I presumed the same would happen here. However, July ended up being $1800+ more than July in 2021. You can see the exact amounts below. Part of this was due to a bulk order […] 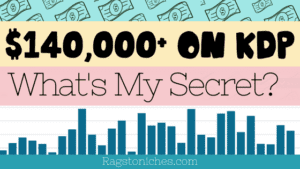 I’ve had some people ask me, basically what my secret is with KDP. What makes my income so much higher than other people who are really trying in this business and not seeing the same results!? I would like to lift the curtain somewhat on some factors that I believe have led to my own […] 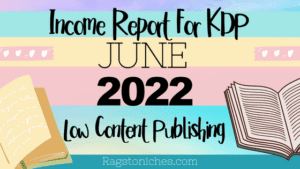 As expected, June was lower than in May and I was expecting there to be a reduction due to us now entering the summer months. However, it was still pretty good considering and it happens to be almost identical to June 2021. But still, slightly more. JUNE 2022 LOW CONTENT INCOME REPORT: June was quite […]