Is LulaRoe a Pyramid Scheme and a scam?  This is what they have been accused of by some.

LulaRoe has fallen into some trouble in the past, but now a law suit has been filed, (Oct 13th) from four sellers, who argue that LulaRoe is no more than a Pyramid Scheme.

If you’re considering joining LulaRoe today, you may want to read through this article…  because you could boarding a sinking ship.

Not sure about LulaRoe?  You may be interested in this.

What Is LulaRoe About?

Deanne Stidham was a single mother to 7 children when she came up with the idea for LulaRoe business.

She initially started her business by simply selling to friends and family, but then had the idea that she wanted to help other mothers build an income in this way.

Her vision was to sell high quality, affordable clothing – which was comfortable to wear, but stylish at the same time.

She wanted to give other women the chance to generate an income at their own pace, by their own rules.

The LulaRoe business seemed to be based on a genuine idea and come from a good place, so it’s particularly unfortunate that the business has gone down hill.

To join LulaRoe, you initially need to buy in with a hefty investment of thousands of dollars (see full compensation plan details here).

However, ex-consultants claim that you then continuously need to invest back into your business, in order to have enough new products to share with people, (no one wants to see the same old products again and again).

You also need to order a certain amount of product each month, in order to remain an active seller with LulaRoe.

This can result in consultants having thousands of dollars worth of inventory stacking up, without the sales coming in to sustain their business.

I have come across some really awesome individuals while researching LulaRoe, who were clearly were hard workers and tried passionately to make this business work for them.

So, it’s a great shame that so many good people seem to have had bad experiences with this company.

What’s your experience with LulaRoe?  Share your story in the comments!

Could LulaRoe Be A Pyramid Scheme? 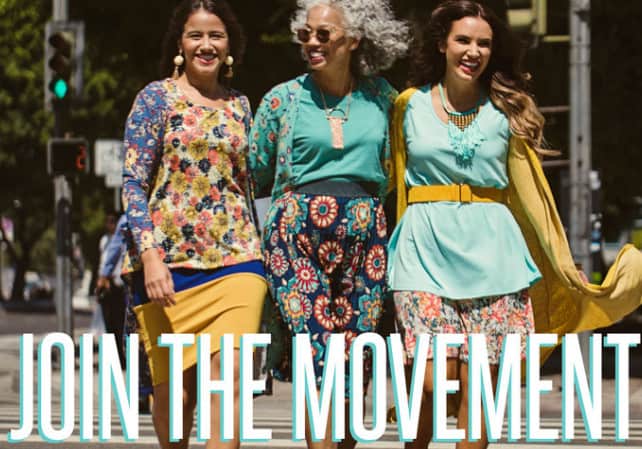 Lularoe is an MLM business, (multi-level-marketing).

In this type of business, you make money initially from selling particular products or services, but also by attempting to bring other people into the business.

When you bring other people into the business below you, you create a downline.

You then aim to build a team below you, whereby you earn a percentage of your teams sales and this will often run several levels deep, (so you will benefit from who your recruits bring into the business as well).

The problem with MLM’s is that – their potential for crossing into Pyramid Scheme territory is likely.

Traditionally, In a Pyramid Scheme, there are not any tangible products or services of value being sold.

But in MLM’s, the products can often become irrelevant to the business, they may just be sold between recruits and the primary aim is just to bring more and more people in.

Most people that are part of an MLM business will admit, that the real money in an MLM is in the recruitment side.

So, it’s no wonder that this is what some people will then focus on above all else – especially once they realise that they cannot make a decent income selling the products alone.

It many MLM’s, it stops being about the products or services on offer and becomes a recruitment scheme.

However, because there are some products or services involved, many MLM’s can often avoid being caught out as a pyramid scheme for a long time – if they ever are.

It is usually difficult to have a full time business purely selling products and not recruiting in an MLM.

This is because, very often the products in MLM’s are overpriced, poor quality and not competitive with similar products on the market.

Useful Post:  The difference between an MLM and a Pyramid Scheme.

Why One Consultant Quit LulaRoe:

One consultant, (who originally posted on YouTube and has since removed the video) claimed she was emailing 100 individuals a week about LulaRoe, but could only manage to scrape 2 events per MONTH from that effort.

After the multitude of expenses she had, she was ultimately losing money.

She got into LulaRoe to get out of debt, but in the end was simply making matters worse.

She is one of many ex-consultants sharing their story on YouTube.

I think what this and other stories online demonstrate, is how some incredibly hard working and capable individuals did not manage to make this business work, despite massive effort!

MLM’s always like to point the finger at consultants that fail, claiming that they’re just not working hard enough.

But this is usually far from the case, so many consultants do put their heart and soul into the business and work all the hours they possibly can and STILL they fail.

This isn’t just a problem with LulaRoe, but the MLM business structure in general – as I will discuss further in a moment.

Check Out These LulaRoe Prints…. Ouch!!

Consultants are leaving LulaRoe by the dozen and this appears to be snowballing.

Understandably, a company that’s facing lawsuits and being accused of being a pyramid scheme, is not going to be an attractive option for most people.

Many consultants are voicing their frustrations and disappointment with how they’ve been treated and the business in general.

Am I missing anything?  let me know what I’m leaving out here!

On the website I also checked out their map for recruiters in the area… and this is what I saw: 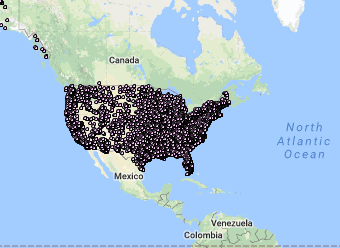 These Issues Are Not Simply Unique To LulaRoe:

Many of the problems arising with Lularoe, are really common within any multi-level-marketing business.

As many consultants realise, joining an MLM is NOT the same as having your own business.

Within this LulaRoe, you have very limited power.  You are unable to choose the products that you’ll be selling and this is a huge deal when it comes to clothing items.

How are you going to sell products, that you can’t stand yourself?

When an MLM folds, it takes down all its’ consultants with it!

You are completely reliant on this business remaining a success for it to work for you – and this can entirely be out of your hands.

Recruitment In An MLM:

If you are going down the recruitment route, (introducing others into the business and building a downline) then you have some additional problems.

You now need to rely on everyone you recruit below you, to bring you in an income long term.

Research has shown that a minimum of 50% of people who join an MLM will quit in the first year, 95% will quit within 5 years and almost everyone will have quit over a 10 year period.  (source here).

What that indicates is that, even if you do go down the path of trying to recruit others to “grow your business,” the drop out rate is so high, that you will constantly be required to bring new people in.

If too many recruits are taken on, they also then face the problem over over saturation and are unable to sell products in their area.

Just like a pyramid scheme scenario, it’s those who get into an MLM early on that have the greatest chance of success, because they have the opportunity to build a large downline.

Unfortunately, they still can’t rely on the business succeeding – no matter how hard and digilently they work.

As this business is never truly theirs to begin with and they must rely on that MLM business remaining successful, (as well as their recruits) to be a success themselves.

So, Is LulaRoe A Pyramid Scheme Scam?

I think one of the biggest problems that LulaRoe consultants have faced, is being unable to make ends meet by simply selling the products alone.

It seemed that many consultants were initially bringing in good money, but then struggled with the market so quickly becoming over-saturated and many of the products seemingly going down hill.

That only leaves consultants with a couple of choices – to focus solely on the recruitment side, or to quit altogether.

I imagine working solely from a recruitment angle would quickly become unsustainable too, as too many consultants were being taken on and they were were increasingly unable to make sales.

While it was surely unintended, it appears that LulaRoe may have sank into Pyramid Scheme territory?

But I’d like to hear what you think…. Is LulaRoe a pyramid scheme, or are these ex-consultants mistaken?  Let me know in the comments!

Would You Like To Start An Online Business With Minimal Investment And Low Risk?  Start Here.