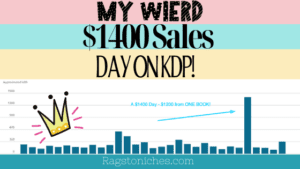 Today I want to talk about one of the highest sales days I ever had on Amazon KDP…. And it wasn’t even in Q4. It was last May and at the time of writing, was the highest sales month I’ve had to date aside from this December in 2021. Yet, this really came down to […] 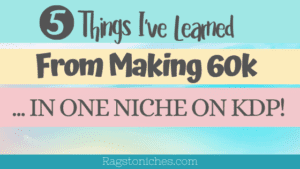 This post was originally meant to originally about my highest selling book – which has so far accumulated over $30,000 in royalties on MKDP in around two years. Seeing as my total royalties come to around $97,000…. this is a BIG chunk of my profits!!! But looking further into my analytics I realised that this […] 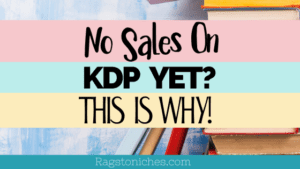 First off, I personally have a little over 500 books published on Amazon at the moment and out of that 500, it’s usually not much more than 100 a month that will sell at least one copy. Out of that 100, will be a much smaller amount selling multiple copies a month and just a […]

There seem to be some KDP creators that fail to admit that they have ever put a step wrong in this business – but personally, I appreciate the honesty when someone does! The reality is that Amazon frequently changes their terms and frankly, some of their terms are vague to begin with. So, it seems […] 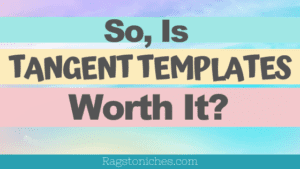 Considering this product is called Tangent Templates, maybe you’d expect that I’d be using the templates more than anything else. But actually, the various templates available, (and there are a lot!) are probably one of the features that I use the least. That doesn’t mean this product isn’t worth the purchase… Far from it! It’s […]